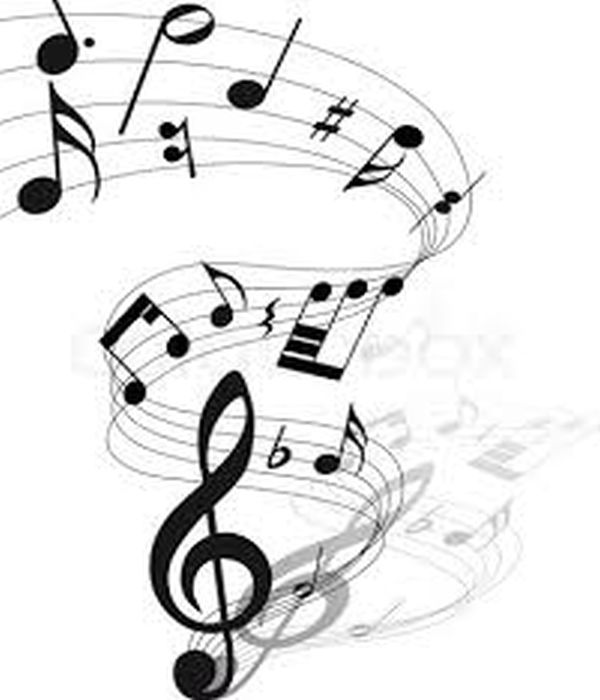 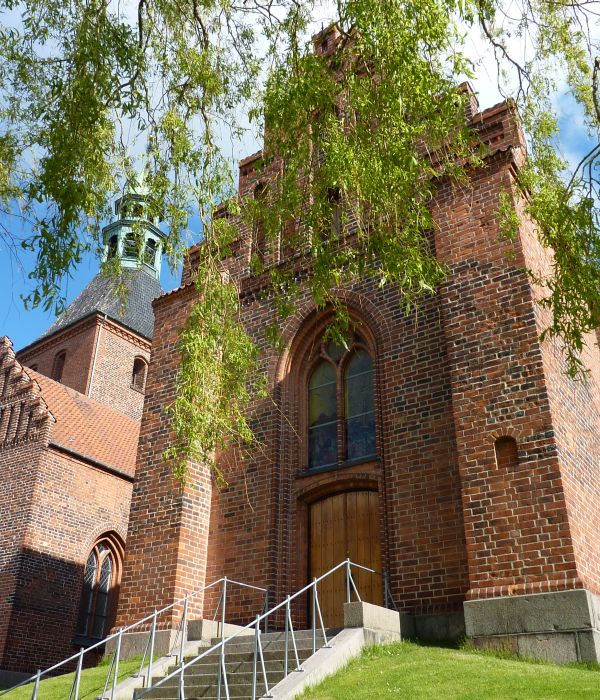 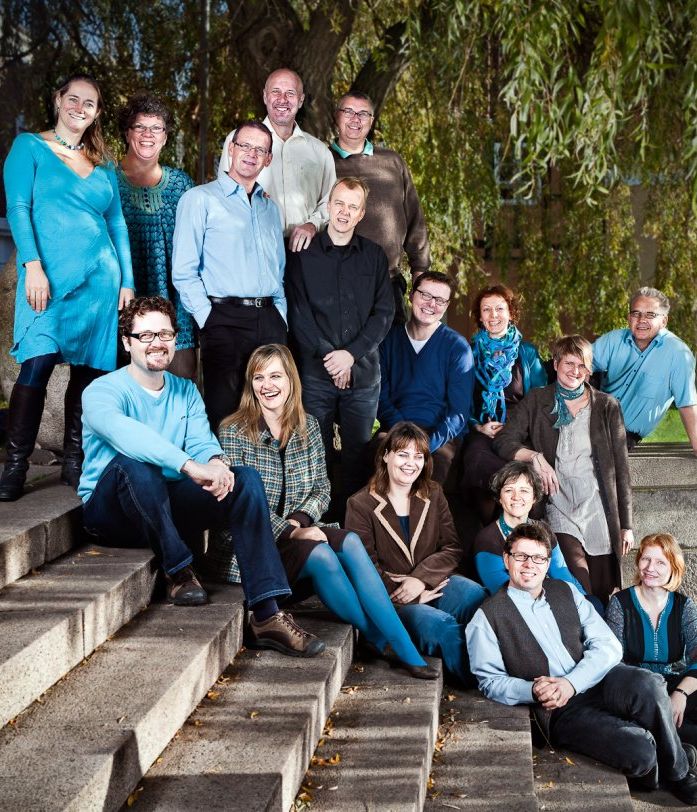 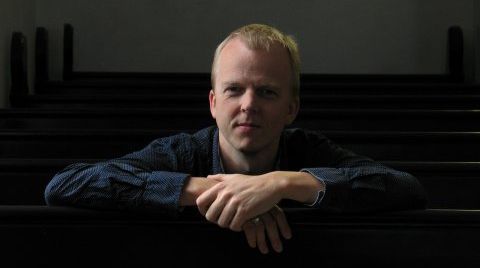 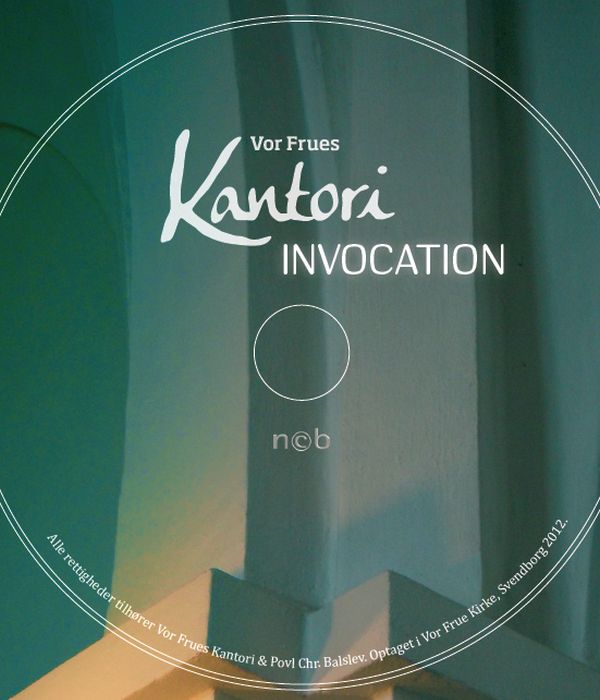 
If you wish to engage the Choir please use “Contact” and send your questions and wishes. We would be pleased to send a draft repertoire.

You can also find a list of our previous concerts including detailed programs here. 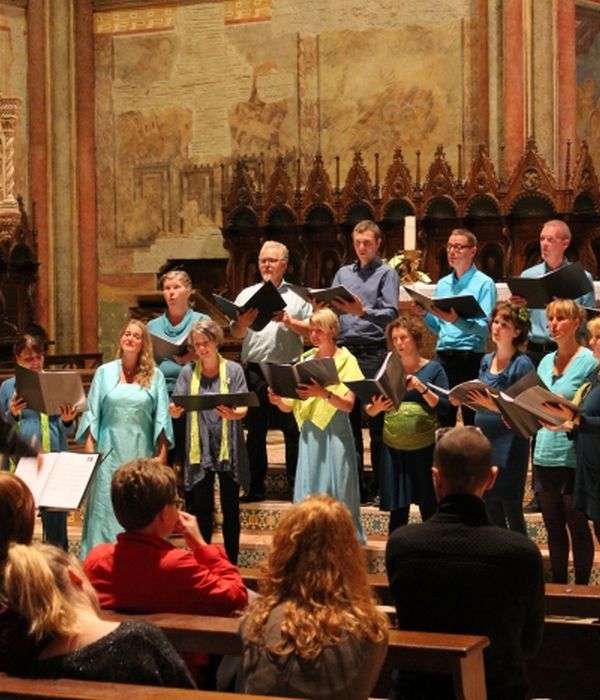 Listen to the music

You can listen to an extract of the CD “Invocation”. 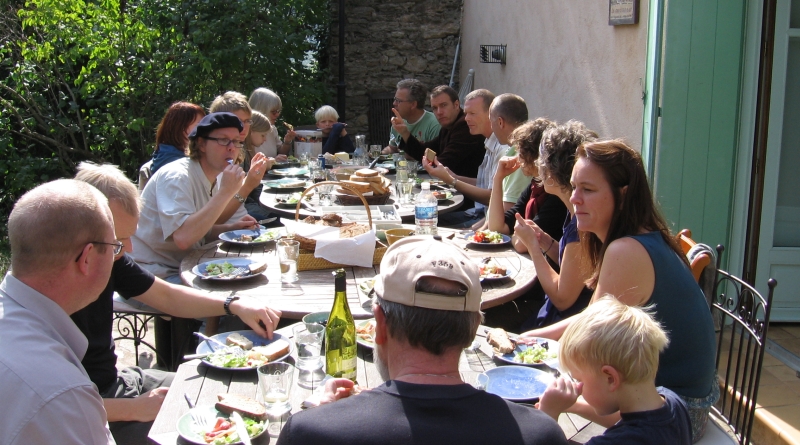 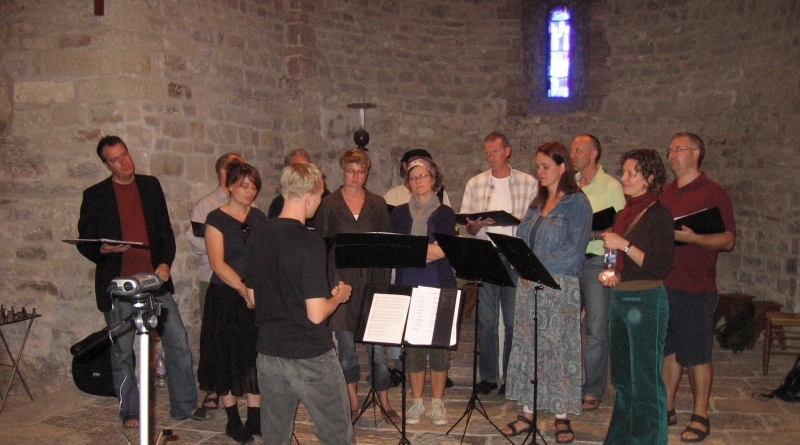 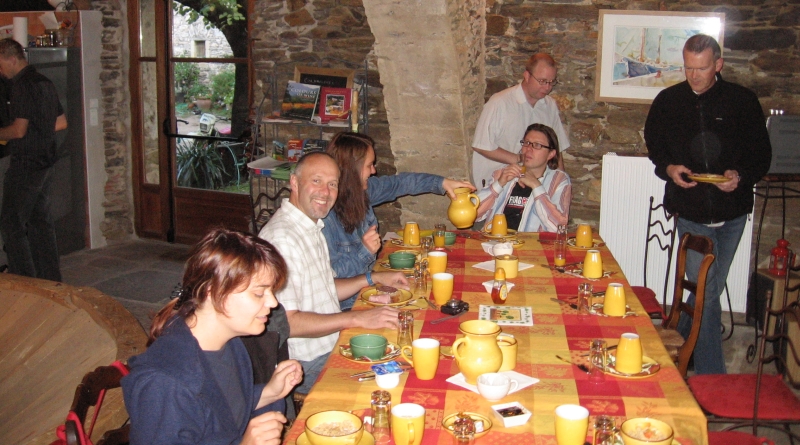 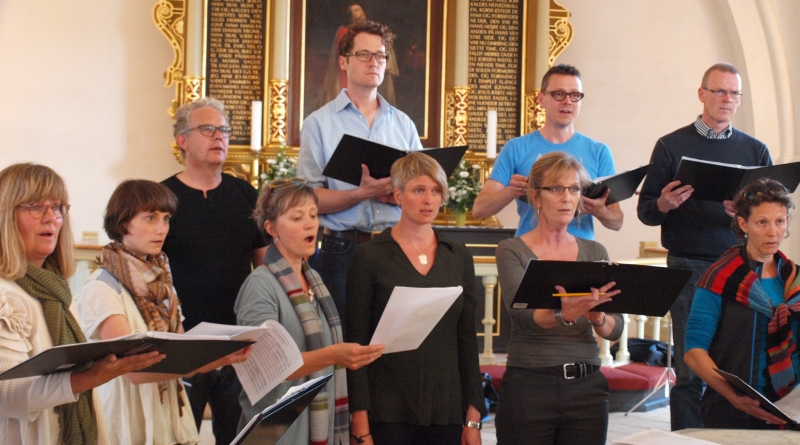 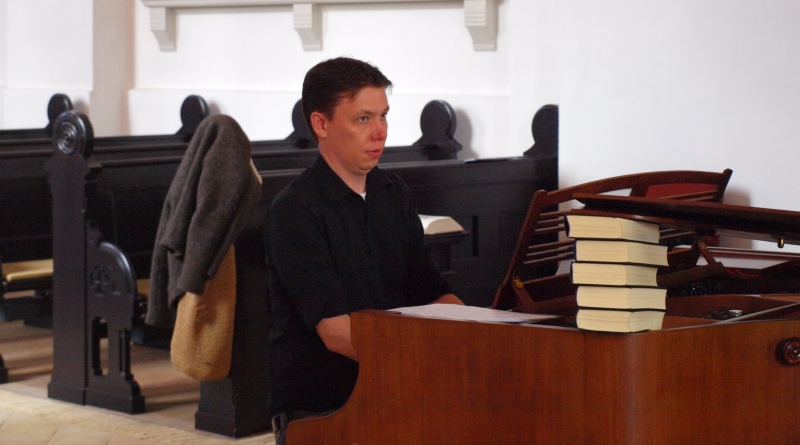 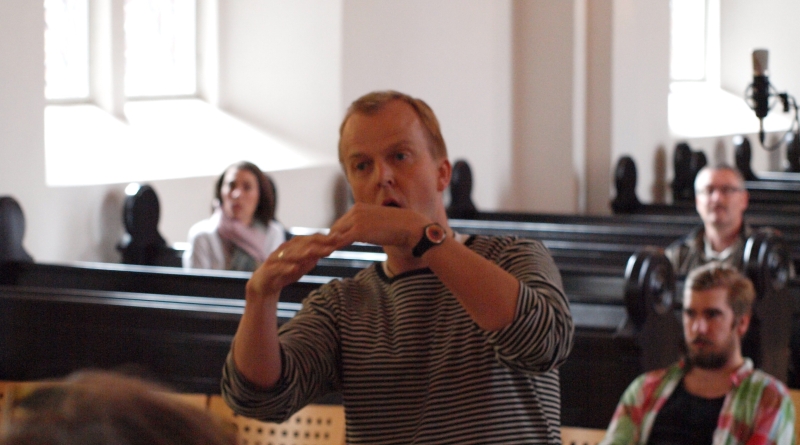 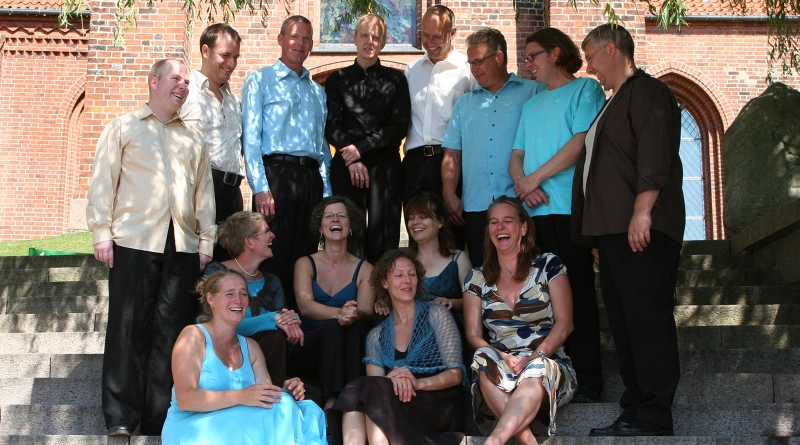 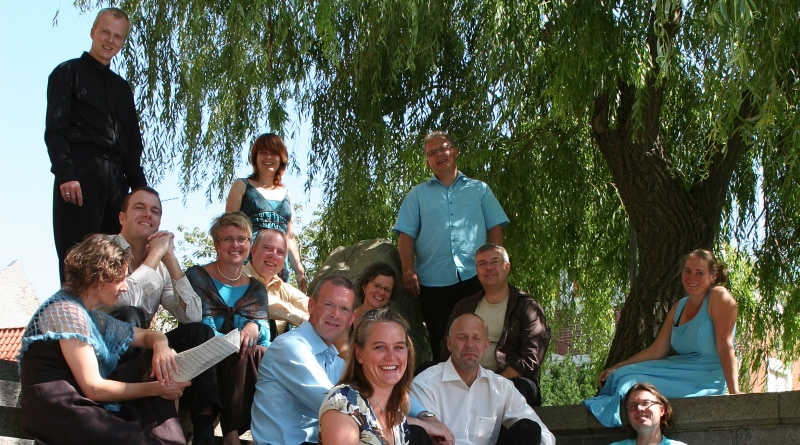 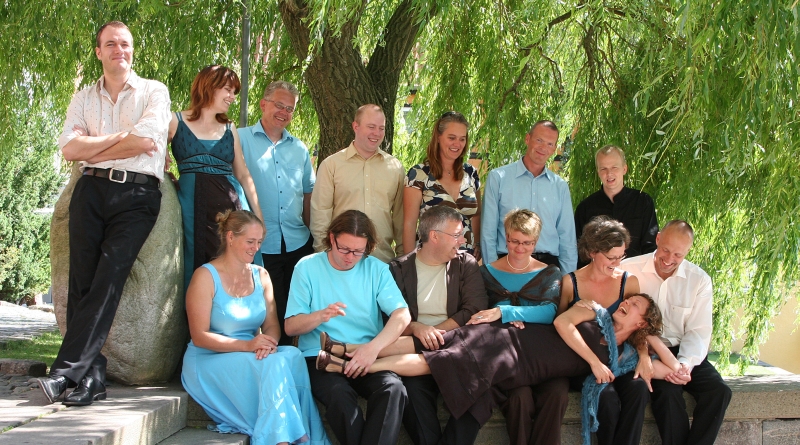 The program was centred round “The 4 Great” – Laub, Aagård, Ring and Carl Nielsen – with the zest of viola, flute and piano performed by some of the members of the Choir and its conductor.

In between the different choir and the instrumental works the audience also had the opportunity to sing Danish songs from our almost inexhaustible song treasury.

Povl Christian Balslev made remarks to each song/composer and the songs were performed in a lovely humorous and easily understood way.

Our Lady’s Choir is a magnificent choir – the voices are very homogenious with no undisciplined “squallers”.

Choirs often lack intonation and rhythmic conciseness, but this is certainly not the case for Our Lady’s Choir – who also shines with distinct words.

Besides “The Great Four” the concert also included arrangements by Niels la Cour, for instance “Fred hviler over land og by” – which touched me to tears. This piece of music touched me so much – not only la Cour’s brilliant composition but especially the Choir’s performance.

The Choir discretely helped the audience in the community singing and after the standing ovations we all left the concert in a state of euphoria - a splendid evening through and through! 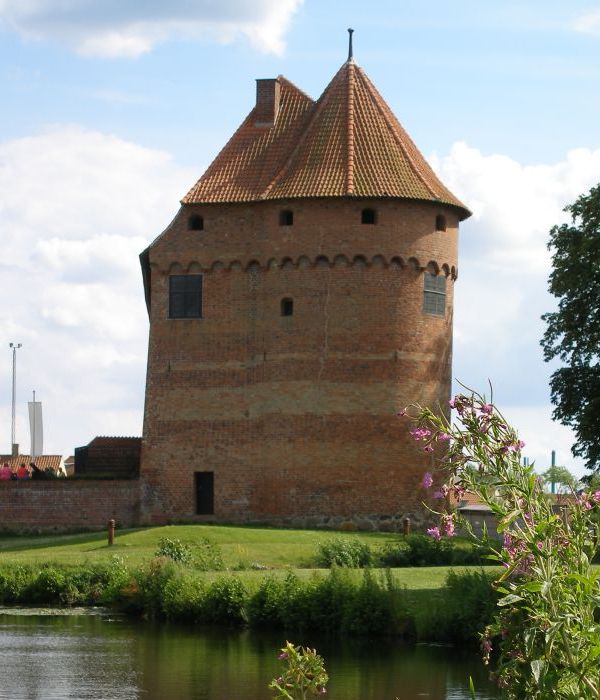 Dead certain intonation, smooth choir sound, nice pronunciation – all in all what meets the listener when hearing Our Lady’s Choir’s cd from 2012, Invocation, for the first time.

The music is contemporary Nordic. So contemporary that some of the works have not yet been recorded. This is among others Norwegian Ola Gjeilo and our own Niels la Cour. And even when it comes to the composers Carl Nielsen, Ring, and Thorvald Aagård (also from Funen) the Choir’s conductor Povl Christian Balslev has rearranged strophic psalms into well composed works. Arrangements that do not only document the arranger’s good skills, but also proves the Choir’s capability. This also leaves no doubt that Balslev knows his Choir inside out.

Unfortunately, the listener has to do without Balslev’s humorous comments. But the conductor and the Choir’s 16 part singers – four on each part – lead the listener into a music universe which one might call the “Nordic tone”. All works have commonalities when it comes to sound – not to be considered a disadvantage.

The Choir performs five of Niels la Cour’s works. Three of them have psalm lyrics, i.e. “Igennem nat og trængsel”, “Den skønne jordens sol gik ned”, and “Fred hviler over land og by”. The latter is often used by Danish choirs, but the old texts in all of them are altered from a historic context, and given an intense tone in the new compositions. The works are performed to perfection.

As mentioned, some of the works of the above composers from Funen have been rearranged by Povl Christian Balslev. Not only is it pleasant to listen to Nielsen’s version of “Dybt hælder året” instead of always listening to Crüger’s version. In Balslev’s arrangement the work reaches a new dimension. Chords wrapped in soft disonanses and mild modality makes listening enjoyable. This also includes Aagaard’s alternative version of “Midt iblandt os”. Balslev is more radical in changing Nielsen’s famous masterpiece “Tunge mørke natteskyer”. New parts are added, each part carries the melody by turn thus illustrating the text in a new way.

“Ave Vera” is one of the five choir works with latin text among the CD’s 14 works – the translation into Danish can be found on the cover. It is also the conductor’s only composition of his own – and a fantastic one it is. The work is simple with small tonal surprises. A composition that stand well compared with the other works. All in all it can be concluded that Povl Christian Balslev has found his own voice in contemporary choir music. He has already shown his skills as composer of organ works a long time ago.

Norwegian Ole Gjeilo (born 1978) mixes church phrases into an archaic universe, with both echoes of romance, folk music and even pop music. Well composed music, and the longest work on the CD “Tota Pulcra” is pure vocal bliss. However, it is slightly surprising that such a young composer composes music with “no receipient”, if compared with our own “old generation” such as for instance Pell Gudmundsen-Holmgren.

Our Lady’s Choir in Svendborg contradicts the talk about the outskirts of Denmark, at least for Southern Funen. With such vocals in a middle sized town the cultural life is in good shape. 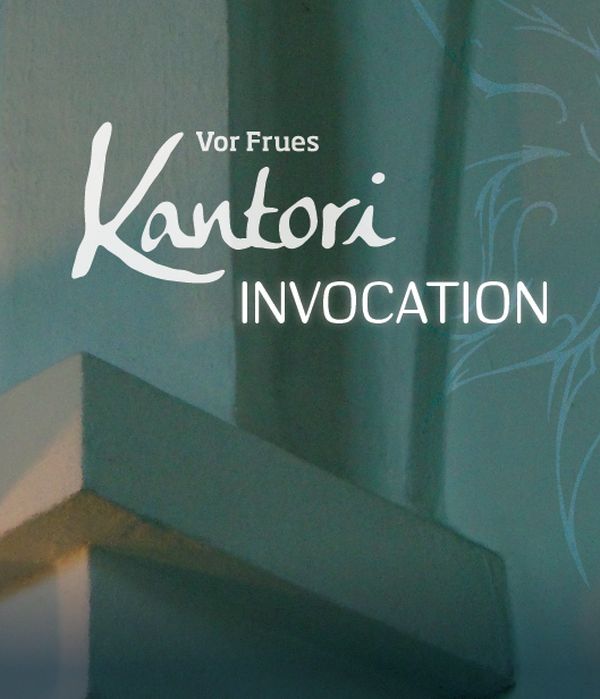 You are welcome to write our review of one of the Choir’s concerts. Write and send it to the Choir by using the e-mail under the item “Contact”. 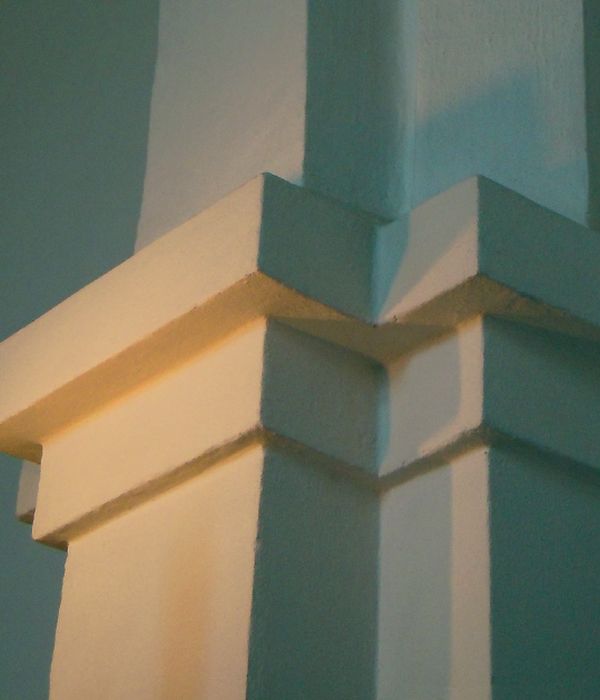 Go Back
Go Back

During the last 12 years Our Lady’s Choir has created its image by giving beautiful, different and intense concerts, characterized by an unusually homogeneous tone and a both classic and untraditional repertoire.

With its competent team of very versatile singers the Choir contributes with both its own soloists and sometimes also its own instrumentalists – and practices both old classic acquaintances and creative a capella arrangements and contemporary rhythmic choral works.

Our Lady’s Choir was established in the Summer of 2002 with the purpose of presenting and spreading knowledge of part-singing vocal music. The aim is to present both old and contemporary rhythmic and classic vocal music with a religious or existential content.

The Choir is conducted by Povl Christian Balslev.

He has given concerts as soloist, accompanist, court musician and carillon player in Denmark, Sweden, Germany, the Netherlands, United Kingdom, Italy, Spain, Poland, Japan, Argentina, and the USA, and he is the composer of various tunes and choral compositions, psalm melodies, songs and choir works.

Furthermore, Povl Christian Balslev is an organ teacher at Løgumkloster Church music School as well as a lecturer.

Since 2002 he is organist, cantor and carilloneur at Our Lady’s Church, Svendborg. 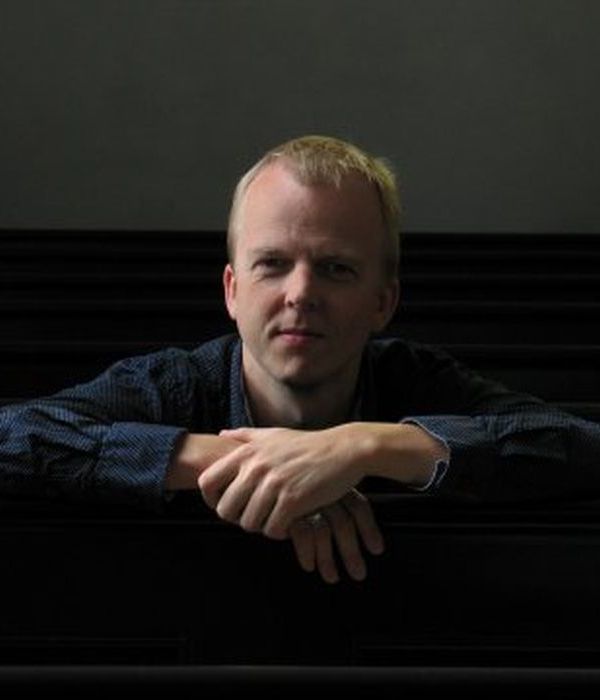 Each part singer has a musical ballast with many years of part singing, and the Choir also includes musicians from the Academy of Music, speech therapists, singing instructors and soloists, music teachers etc. 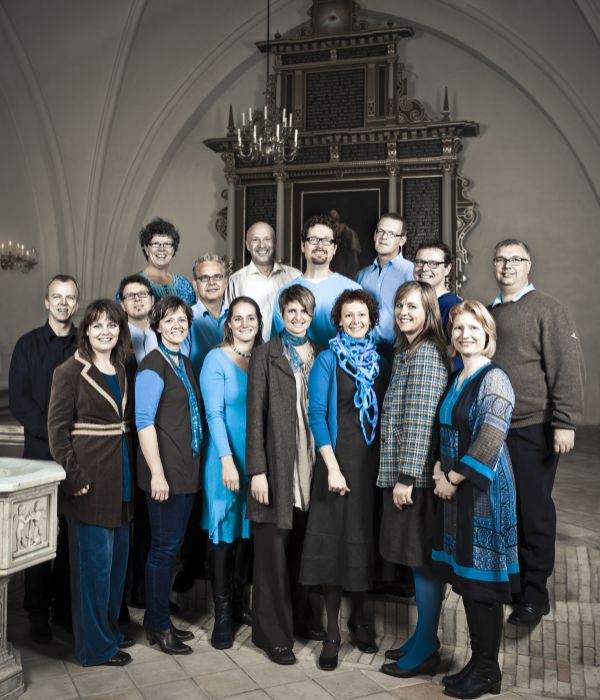 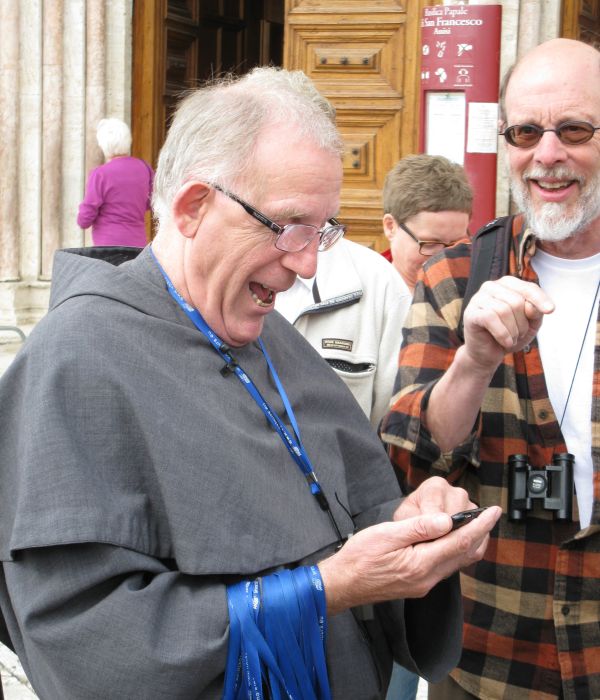 Please contact Our Lady’s Choir by sending an e-mail to vfk@vorfrueskantori.dk, also if you would like to buy the Choir’s CD “Invocation”.

Letters and parcels can be forwarded to: